Returning from a trip to Nice this morning, the crew took time out to celebrate 30 years in service of its BAe 146, G-OFOA.

Returning from a trip to Nice this morning, the crew took time out to celebrate 30 years in service of its BAe 146, G-OFOA.

E1006, or its now Tail Registration G-OFOA, was the sixth BAe 146 off the production line, but the first aircraft to be delivered to launch customer, Dan Air at Gatwick airport. It first flew on 5th May 1983, was delivered on 23rd May and entered service on 27th May operating commercially throughout the UK. It was with Dan Air that Avalon Aero Managing Director John Glancey first laid hands on the aircraft as a Field Service Representative for BAE, not to know that over 15 years later he would be tending to the aircrafts mechanical needs once again, supporting current operator Formula One Management out of Biggin Hill Airport, Kent.

G-OFOA has flown thousands of F1 staff to Grand Prix all over Europe in the past 15 years, and has been maintained exclusively by Avalon Aero for the past 11 and although superseded by more technically advanced designs, particularly in the Formula One Management fleet, G-OFOA still fulfils the role it was bought for and will continue to do so for the foreseeable future.

Avalon Aero continues to champion the BAe 146 to smaller regional operators, in particular to VIP and Special Mission operators due to its ease to fly and maintain as well as being a real financially efficient alternative to other aircraft in its field. With 378 aircraft sold during its 20 years of production, it makes it one of Britain’s most successful commercial aircraft to date. 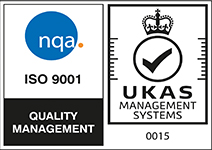